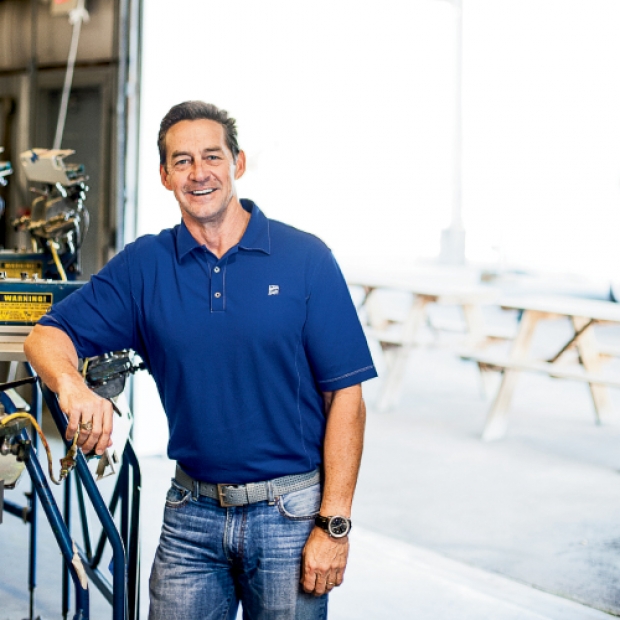 If you’ve ever shopped at Abercrombie & Fitch or worn the mega-retailer’s screen-printed clothing, or if you’ve ever been to a local Grand Strand school sporting event or the Beach Ball Classic, then chances are you’ve been up close and personal with Native Sons of Myrtle Beach.

“We started out around 1984, 18 of us, who grew up together here at the beach,” said Taylor. “We sailed and surfed and partied and called ourselves ‘the native sons.’ We threw a mid-summer party at the old Studebaker’s [bar], made and sold T-shirts and had a lot of fun and were successful with it. That’s kind of how I got introduced to the T-shirt business. We were in college, most of us, and when we were home for the summer we threw these parties. We were entrepreneurial and took this great name and concept, ‘Native Sons,’ and first ventured into suntan oil.”

Taylor and crew quickly got out of the suntan oil business and within a couple of years he and his partners went their separate ways while he learned the screen printing business from the bottom up. He also learned the importance of community involvement.

“Abercrombie & Fitch is one of our largest customers, and we’re probably their largest domestic printer,” said Taylor, “but I’m just as happy to see our work on the Myrtle Beach High School Seahawks’ jerseys or Coastal Carolina University sweatshirts as anywhere.”

Taylor and his Native Sons created and sponsored the Surf & Spike surfing and volleyball contests off and on from 1987–2009, but decided to focus on its annual Salt Games moving forward. This year’s games, the event’s second, are scheduled for June 14 and 15 at the former Myrtle Beach Pavilion site between Eighth and Ninth avenues north in Myrtle Beach. The Salt Games will feature surfing, volleyball, lifeguard contests, hot dog eating contests, a kids’ fun run, a beer garden and two nights of live concerts. The family-friendly event is free to attend.

“We’ve never given up on the idea that Native Sons could be more than a screen printing and embroidery company,” said Taylor. “We want to promote the beach and the great lifestyle we all enjoy here.”