January 2015
Written By:
Ashley Daniels
Photographs by:
Pasha Belman Photography
Polina and Robert’s forever after was made in the USA 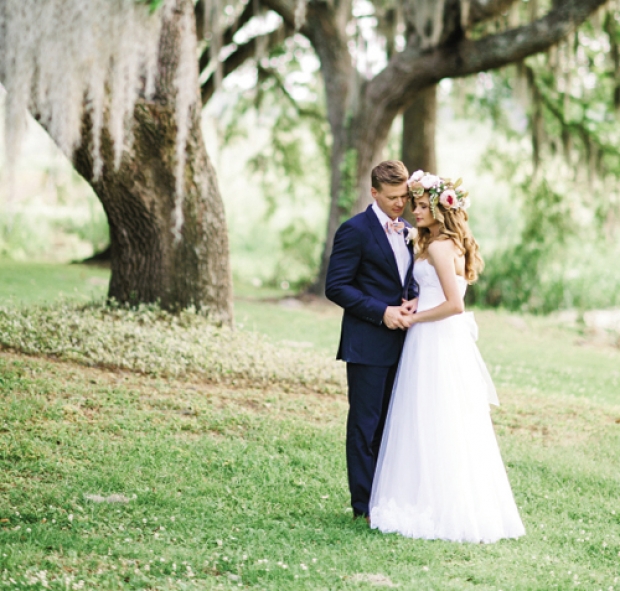 He met his future bride, Polina Pogulyay, the summer of 2011 at a friend’s party while she was working in Myrtle Beach as part of the Russsian exchange program. Robert had already been living and working in North Myrtle Beach for the past 14 years.

“We had a great summer together,” he remembers.

The couple dated for two years, spanning two continents and three countries. Why? “She took my breath away,” he says.

It’s a good thing he could speak Russian so the two could spark a conversation on top of their budding romance. “She’s from a very remote place that’s actually closer to Alaska and China, and we learned that we both enjoyed traveling and have vacationed worldwide,” says Robert.

He decided to make things official aboard a hot air balloon that hovered amidst the clouds along the border of the Ukraine. “I popped the question and everything was very nice, but the day was kind of windy and the professional pilot got nervous and landed on some power lines,” says Robert. “All of a sudden it became very eventful, very quick.”

If they could survive that emergency landing, they could land on their feet through anything.

The two tied the knot May 28, 2014, under the ancient live oaks at Litchfield Plantation in Pawleys Island.

The international affair involved three countries, but bride and groom wanted to keep it comfortable and intimate with only 10 family members attending. “It was so cozy, comforting and relaxing to not have too many people there,” he says. “We didn’t have to worry about making sure everything was perfect.”

Polina may have a quite a shy, artistic side (she’s starting her own line of jewelry that mimics tarts and cakes), but Robert said one of the best moments of the day was when she purposely tossed her bouquet to one of his two brothers.

Today, the couple has decided to start their home sweet home together on U.S. soil here in Myrtle Beach. 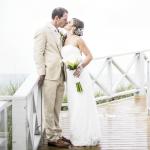 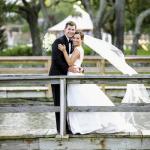 A Creek Runs Through It 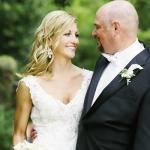