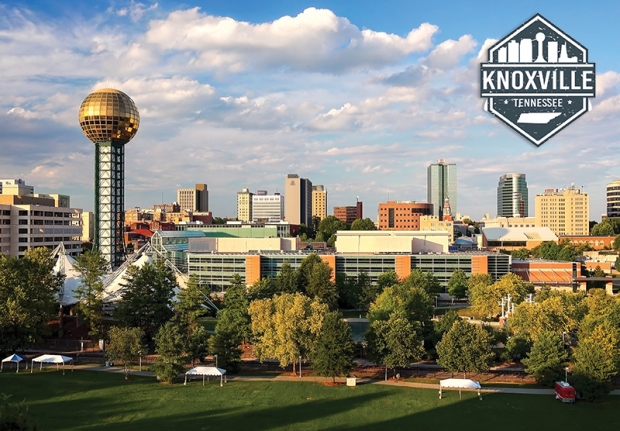 Knoxville, Tennessee, is like one of those unexpected surprises in life, such as a bouquet of fresh flowers delivered to you "just because" or winning a few thousand dollars on a scratch-off lottery ticket you just happened to buy on a whim at the gas station. “Hidden treasure” is so trite and overused, but the phrase is exactly what Knoxville is.

Overshadowed by sister state cities Nashville and Memphis, the destination may be underrated, but Knoxville is the largest city in East Tennessee. It served as the state’s first capital in 1786 and as a host city (the smallest city to do so) of the 1982 World’s Fair, where the world’s first touch-screen was demonstrated. Knoxville has also been home to the University of Tennessee (UT) since 1794. 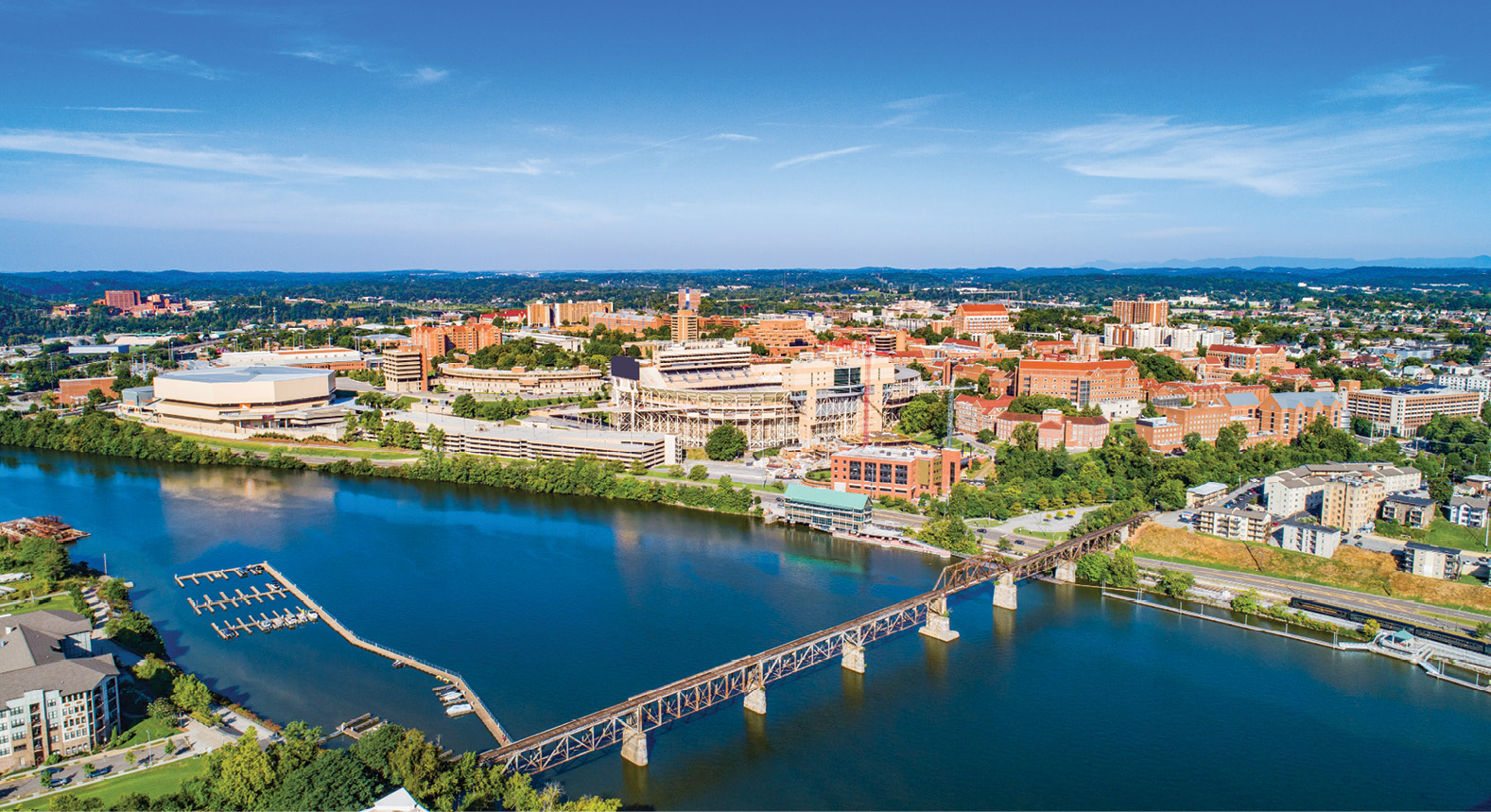 Tennessee Line: The Knoxville skyline from across the river, connected by the Henley Street Bridge.

From Myrtle Beach to Knoxville by car, it’s about a six-hour drive; by air, it’s barely a two-hour flight. On our visit, sans sons, my husband and I were delighted to see how much this charming city had to offer families and couples alike. This time, we sought a getaway of grown-up sights and activities. And here is what we happily found:

Besides the undeniable presence of UT orange just about everywhere in town and the backdrop of the Great Smokies, Knoxville is quickly becoming known as a hub for luxury travel. And The Tennessean Hotel is a prime example of this.

Welcoming guests since 2017, the boutique hotel exudes luxury as the city’s only AAA Four Diamond award recipient and the winner of Southern Living’s 2018 South’s Best Hotel. There are 82 total rooms, including the majestic 1,800-square-foot governor’s suite, which features a panoramic view from the floor-to-ceiling windows, a formal dining room, gas fireplace and a baby grand piano. The Pat Summitt Suite, in tribute to the legendary UT Women’s Basketball coach, is one of the hotel’s most popular bookings. Its interior design and décor is impeccable, with the city’s landmark Tennessee River running through it as a core design element in the carpet patterns, light fixtures, artwork (even the linen napkins at the restaurant) and more. The top two floors of The Tennessean are dedicated to a dozen pet-friendly condo residences.

We were privileged to stay in the Panoramic King guest room, which, as the name implies, boasts breathtaking panoramic views. Ours overlooked the World’s Fair Park and its towering Sunsphere topped by a stunning golden globe and the amphitheater. The Tennessean is also only a few blocks from the iconic Market Square.

The second floor showcases The Drawing Room, the hotel’s exclusive onsite restaurant and lounge, featuring an intimate number of tables and sitting areas within the sexy surrounds. We were seated at a corner table for dinner, which consisted of a cheese and charcuterie board, fresh, locally sourced entrees of filet and scallops, and a round of some of the best cocktails this side of the Tennessee River: the Smoked Old Fashioned, served in a smoked Baccarat Crystal glass, and the Ring Around the Rosé, a refreshing seasonal. The next day for brunch, we were treated to The Tennessean’s trademark luxury tea service with Southern flair, complete with their signature Sweet Peach Noir tea and other tempting teas, and trays of scones, petit tea sandwiches and desserts. Their upcoming specialty teas are a Prohibition Tea on October 30 and Christmas Teas for December 4, 11, 18 and 24.

Downtown Knoxville is inundated with restaurants worthy of writing about. To be exact, there are more than 90 restaurants within walking distance in 1 square mile – and that footprint is always expanding. The challenge isn’t finding a restaurant your inner foodie will embrace, it’s narrowing it down to which good choice (and cuisine) you want to squeeze into your visit. Here’s what we decided on, and they did not disappoint.

Around since the 1860s, Market Square is the pulse of downtown Knoxville, a gorgeous open-air courtyard surrounded by some of the most popular places to shop, dine and work, as well as an outdoor venue for concerts, movies and festivals. During the summer, an ethereal canopy of white lights hangs throughout the square.

We lunched at Not Watson’s Kitchen + Bar at their outdoor café, overlooking the hum of the square. The owner named it after Watson’s Department Store, the former tenant of the restaurant’s building. Today, the restaurant sources the freshest, highest quality ingredients for their menu. We recommend the Ahi Tuna Sandwich slathered with wasabi mayo and the Spinach Salad with Grilled Salmon topped with warm bacon-mustard vinaigrette. The rest of the menu is a healthy mix of salads, burgers, sandwiches and starters with Southern flair. And the house margaritas are deliciously dangerous!

Fin-Two in Downtown Knoxville’s Old City is fashioned after the Izakayas, one of Japan’s oldest style of eateries or taverns founded on crafted beer, sake and shochu. Settle in at any of the booths or the sleek, long bar, where we chose to sit. The restaurant prides itself on their ramen, sushi and yakatori on the food side; for drinks, there are an assortment of sake, Japanese whiskeys and locally crafted beer. We tried the Tsukemono Plate, a colorful variety of daily, housemade pickled vegetables, chilled edamame, and the Kakuni yakitori plate, chashu pork belly cubes, shoyu tare, and negi. 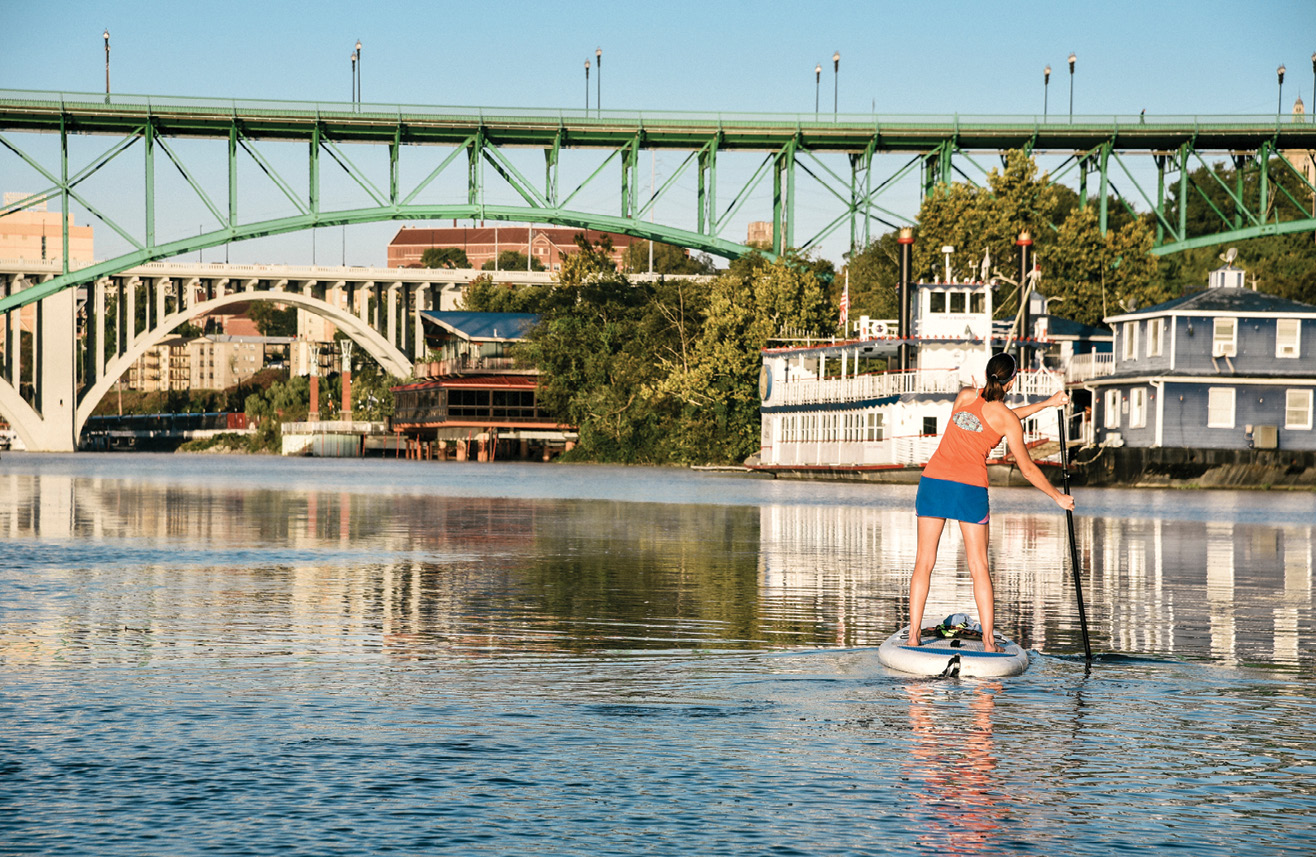 Go with the Flow: Knoxville's Tennesee River is a big part of the city's landscape, offering riverboat cruises and a playground for water sports and recreational boating.

With 36 breweries tapping into the craft beer industry in the Knoxville area, you could easily drink your way around town in several trips. Here are the breweries we sampled on our getaway:

You won’t feel like you’re in Knoxville when you pull up to this brewery built in a castle. Enjoy a brew in the great hall or in their massive biergarten, featuring picnic tables, café tables, benches and chairs imported from Germany. We sipped on the Hefeweizen and Maibock, but there are 32 varieties to choose from. Schulz Brau also serves wines and bourbons, and a limited menu of classic German munchies.

The sister location to the original one in Clarksville, the corner pub Black Horse Knoxville resembles an old parlor, with a taproom and dining area overlooking Gay Street, as well as a large bar. We went with two pints of Barnstormer Red Ale; choose from one of their nearly two dozen crafted beers that you can try at the taproom, carry out with one of their six-packs or fill a growler. Bar munchies include wood-fired pizzas and beer cheese dip.

Owner/brewer Matthew Cummings combines the craft of beer brewing and glass blowing in his Old City brewery. His glass blowing studio is located next door (you may catch him in the act, depending on when you drop by). Cool, bohemian vibes (anything but pretentious) live at every turn. Pints are poured into Cummings’ hand-blown glassware; the hand-crafted glass taps are works of art. More than a dozen rotating beers are fun, flirty and carry creative names, like the Chug Life lager and Sexy Time blueberry pancake sour.

Knox Brew Hub owner Zack Roskop, who also runs Knox Brew Tours, is the beer maven. If you want to learn more about ingredients and styles of brews, sample a beer at his fun hub hangout, play games, or sign up for one of his tours on the Knoxville Ale Trail, this is the place to be. He also has a beer market if you want your beers to go.

After a fire at Hotel Knoxville, where Mast General Store now stands, the general store rose from the ashes in 1898. The massive department store easily takes up the size of a city block. Give yourself ample time to peruse the two floors, featuring a massive inventory of designer outdoor brand apparel, outdoor gear, jewelry, food, candy, unique gifts and more.

We booked a country dinner sunset cruise aboard the Star of Knoxville paddle boat, which can accommodate 235 passengers. We even dressed the part down to our cowboy boots. It was such a beautiful way to see the Knoxville skyline from the water. Live country music playing downstairs, beers, the Tennessee River breeze from the balcony and a barbecue dinner with all the fixins’ completed the entertaining evening.

For a total escape from the world outside, sink into one of Wake’s arm chairs, close your eyes, tune into the soothing music and pamper yourself. Their hot foot soaks in a large washbasin as you’re seated are handmade with essential oils, nourishing clays and salts. We added a 20-minute head, neck and shoulder massage, which was sublime, and a glass of rosé and bourbon for complete relaxation.

For more info on how to customize your own getaway to Knoxville, visit visitknoxville.com. 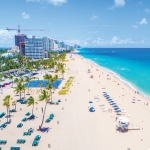 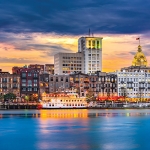 The Peach State of Mind: Getaway to Savannah

A getaway to Savannah, Georgia, just might be what the mind, heart and soul need 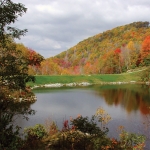