Food with a View Delivered

December 2022
Written By:
Ashley Daniels
Photographs by:
courtesy of Between the Antlers 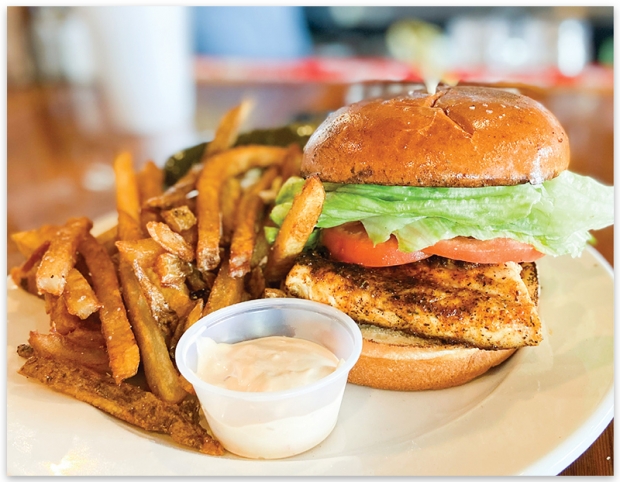 Between the Antlers, a fresh, new dining destination in downtown Georgetown, is an ode to the beauty of the town’s historic waterfront. Tucked between the abandoned steel mill and Front Street on a bluff known as Vinegar Hill, the restaurant easily owns one of the best views of the Sampit River and Harborwalk Marina. In fact, it has already snagged local awards for the waterfront view.

Between the Antlers also pays homage to the legacy of the late poet James Dickey. Its namesake, in fact, was inspired by Dickey’s published work, “The Starry Place Between the Antlers: Why I Live in South Carolina,” which originally appeared in Esquire magazine in April 1981. Dickey died in Columbia, South Carolina, in 1997. But before that, he left quite an impact on the world: he served as a pilot in World War II and the Korean War; earned an MA from Vanderbilt University; taught English at several universities, including the University of South Carolina, where he was also the poet-in-residence; worked in advertising in New York and Atlanta; served as poetry consultant to the Library of Congress, reading a poem at President Carter’s inauguration; and wrote a novel called Deliverance, which was adapted into the acclaimed 1972 film of the same name.

That’s quite the name for this restaurant to live up to, and I think Dickey would feel right at home here, settling into a seat at the bar staring out into the sun setting over the Sampit. 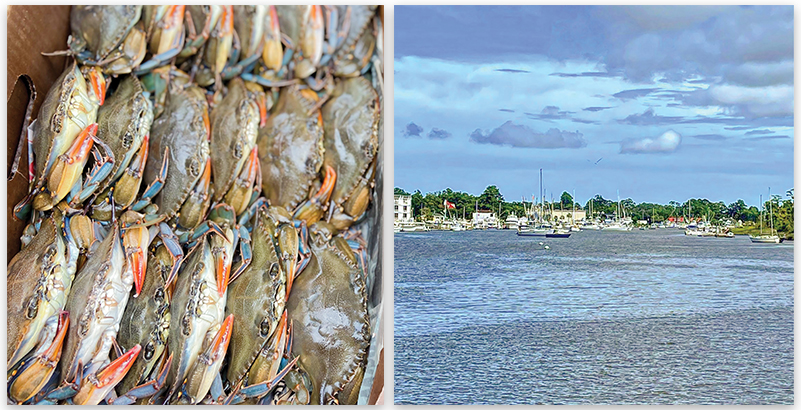 (Left) Feeling Blue: Fresh seafood, like the pictured blue crab, are caught and served up on the Between the Antlers menu; (Right) Look at that view! The restaurant overlooks the stunning Sampit River and Harborwalk Marina.

Not surprisingly, outdoor patio seating comes at a premium, so for our double date we picked a rough-hewn, four-top table just inside the open-air doors that still gave us those picture-perfect harbor views and easy breezes. The open space dining room is cool and comfortable, with old photos and coastal art serving as fodder for dinner conversation.

Our dinner started off with a round of boat drinks, such as the Winyah Bae (blackberry-infused Mt. Gay rum, banana rum, coconut cream, and smoked saline), Mr. Dickey’s Flask (Buffalo Trace with a splash of pineapple), and The Georgetown Double Down (Blenheim ginger ale and R.L. Seales rum float).

To soak up those boat drinks, we ordered a few starters for the table. The Wild-Santee Fried Perlau Fritters served with collard greens were nice bites of perlau balls, but a bit on the dry side. I couldn’t get enough of the collards though. The Bulls Bay Loaded Brisket Fries was a heaping bundle of hand-cut fries, melted cheese, and burnt-end pieces of brisket, giving each mouthful a nice crunch. And the Lang Syne Fried Pimento Cheese Deviled Eggs were the crowd favorite: four halves of eggs topped with candied bacon.

The highlights of the dinner included a rich and creamy cup of Dickey’s She Crab Soup served with fresh bread, and the Illegal Grilled Oysters scooped up with house-smoked bacon, breadcrumbs, minced baby collards, Parmesan, and drawn Irish butter. The Cat Island Pan-Fried Flounder Filet entrée was also a hit, complete with a healthy portion of flounder, Carolina Gold rice, and jumbo shrimp Creole. They were all elevated Southern comforts.

There is much more on the Between the Antlers menu than can be sampled in a sinlge visit, of course. I’ve heard good things about their Peedee Chicken Bog served up with a side of Vinegar Hill coleslaw, the North Inlet Fried Oyster Platter, Evalina’s Fried Pork Chops, and any of the raw bar offerings. There are also plenty of hand-helds listed, including the She Creek Shrimp Wrap (chilled shrimp salad on a soft, toasted bun), the Sampit Smoked Hot Brisket sandwich paired with au jus, and the Antler’s Classic Burger, which, in true Southern style, is smothered in pimento cheese. 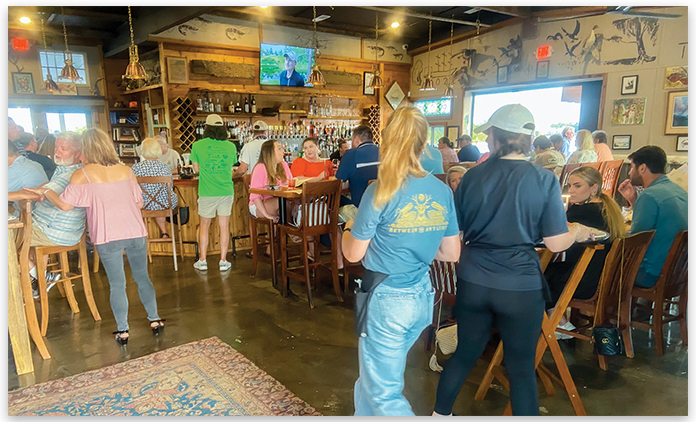 The fish camp-style surrounds of Between the Antlers are appetizingly fun.

Sunday brunch is another time to experience this restaurant with a mimosa in hand and an order of any of their brunch offerings in front of you, such as the Grit Bowl (tomato gravy, bacon, and eggs your way), the Creole Fried Chicken Biscuit, or the Grapefruit Brulee Fruit Plate.

The charm of Between the Antlers is its hidden location down a dead-end gravel lane beyond Front Street’s famed restaurant row, the camaraderie you feel among patrons breaking bread together in between sips of something strong, and those undeniably divine views of the water. It’s a magic tha's unique to spots like this in the South—a magic that poet James Dickey tried to capture in writing. 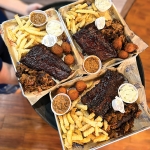 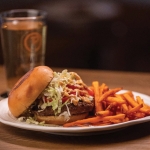 Pour Your Heart Out 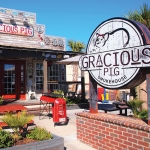