An inside look at the countywide laws and impacts of fireworks 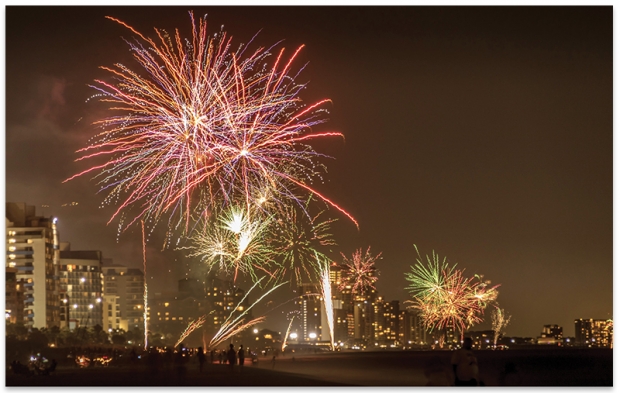 The Strand’s skyline along the coast on the Fourth.

Fireworks on the Fourth of July. It’s as all-American as apple pie served up on a red, white and blue paper plate. But, let’s face it: As with anything, fireworks are best in moderation.

I’m not here to rain on your pyrotechnic Fourth of July parade; I just want to inform fellow locals, as well as incoming holiday tourists, about the laws and the dangers (for humans and pets) of store-bought fireworks.

Here’s a brief overview of info that’s good to know:

Laws on the Age to Purchase Fireworks: South Carolina State Law states that no person under the age of 16 is allowed to purchase fireworks. Parents, keep this in mind too, especially if you let your children under 16 light a fireworks mortar tube in the backyard. Even the “child-friendly” sparklers you hand over to kids carry a potential risk. I met a Dad in the waiting room of a Charleston burn unit (see last year’s June/July “View from Here” for more on that experience) who was there because 10 sparklers that he lit and nicely held for his and the neighbor’s kids exploded in his hand.

Laws on Selling, Possessing & Using Fireworks: First of all, fireworks are prohibited inside Myrtle Beach city limits; penalties could result in a fine. This is where the law gets a bit fuzzy, because I’ve witnessed amateur fireworks being shot in every direction on the beach, with remnants raining down on us. There are certain parts of the beach marked with firework exclusion zone signs to protect grasses on the dunes, so choose your detonation zone carefully if you absolutely must shoot fireworks on the beach (although we don’t recommend it!).

In unincorporated parts of Horry County, shooting off fireworks is legal before 11 p.m., when the county noise ordinance goes into effect. But this could vary by subdivision, so check with your homeowner association before planning any firework festivities. In Georgetown County, there are no specific laws against fireworks in the county, but many of the county’s beaches are included in “fireworks-free” zones.

No Fireworks Ordinance: As recent as March 2022, Horry County Council is getting closer to approving a no fireworks ordinance that would prohibit setting off fireworks in certain areas of the county based on complaints or requests from residents. If fully passed, the ordinance would not include the ban of hand-held sparklers or small ground fireworks.

As of now, firework-free zones in Horry County include areas in Walkers Woods, Briarcliffe Forest, Briarwood, Coastal Villas, Marsh Hills, Myrtle Beach Travel Park, and Springmaid Beach. There have also been many requests from residents in Carolina Forest. The thing is, once again, these “zones” are marked by signs, which can be confusing as to where they specifically are. Here is how these zones work:

Penalties for Setting off Fireworks: It’s reported that, many times, warnings are given by police instead of tickets. Violators could face a $50 fine and civil infraction, which is increased over time to a maximum of $200 if not paid. Enforcing the proper use of fireworks, however, can be a challenge. The proof may only be in the damage found at the scene of the sendoff or a crowd at the location, not catching the actual violator in action.

Effects of Setting off Fireworks: Besides causing property damage, which could ultimately lead to a brush fire, and physical damage from the improper use of fireworks, there are other serious effects. People living nearby firework-friendly areas, including veterans suffering from PTSD and domestic pets, are impacted by the unpredictable loud booms. More pets run away on the Fourth of July than any other day of the year because of fireworks. Be sure your dog is microchipped or has ID tags before the holiday, and if possible, keep all pets indoors to mitigate the chances of them running away.

We hope you have a happy, healthy and safe Fourth of July this year! 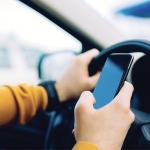 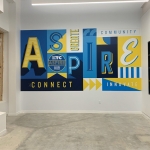 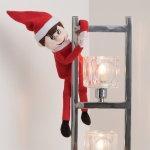