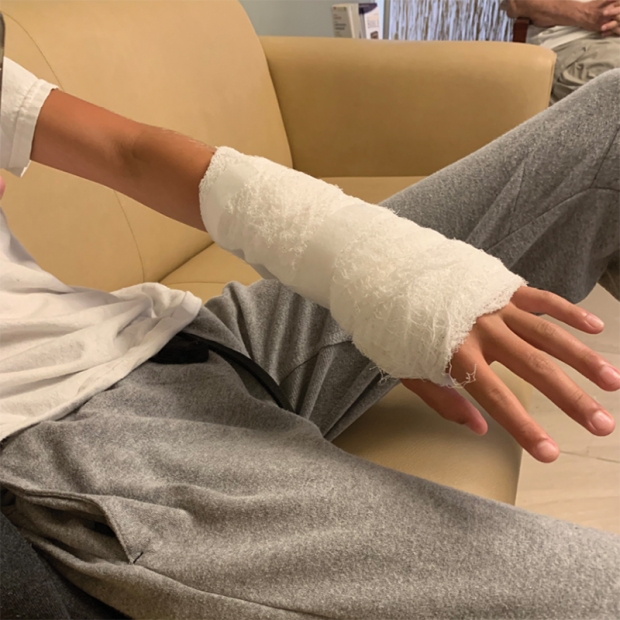 Brady’s bandaged arm pre-surgery as we waited in the burn unit.

Shortly after Fourth of July weekend, 2021, my oldest son, Brady, received second-degree burns that nearly wrapped around his left forearm. From a fireworks mishap? No, from nearly boiling hot water that spilled out of a glass Pyrex measuring cup that overturned in the microwave in preparation for a bowl of Ramen, his daily go-to lunch choice.
It’s a routine he’s done over and over again, but this two-minute cook time would forever change him.

According to research, these types of “soup burns” from the microwave happen to almost 10,000 children ages 4-12 every year (Brady is 14, but close enough). Break that down even more: 1 out of 5 of the scalding “noodle soup” burns send kids to the ER. Who knew? We didn’t. But all of the attending physicians in the two local emergency rooms we visited that day did.

“Let me guess, it was Ramen,” one doctor said as he was seriously inspecting Brady’s blistering arm.
Brady’s screams earlier from the kitchen were terrifying. I ran from the bedroom in a panic, finding my husband running cool water over his left arm from the sink faucet, as Brady cried out in pain and shifted back and forth on his feet, trying his best to stay standing. I asked what happened, but soon figured it out between the crime scene at the microwave, water dripping out of the open door, and Brady’s skin dripping off his arm like a loose, unraveled bandage.

We quickly realized this burn wasn’t a lather-some-ointment and wrap-it-in-gauze situation. I soaked a hand towel in cold water, wrapped it around Brady’s arm, told our other two sons we were headed to the ER and raced to the closest one (because he was in so much pain): South Strand Medical Center. Two torturous hours of waiting to be seen followed, with a nurse saint coming out midway to offer a plastic pan of cold water for Brady to submerge his arm in. It instantly alleviated his pain, but only if I constantly splashed the water, which was becoming warmer by the second, over his arm. 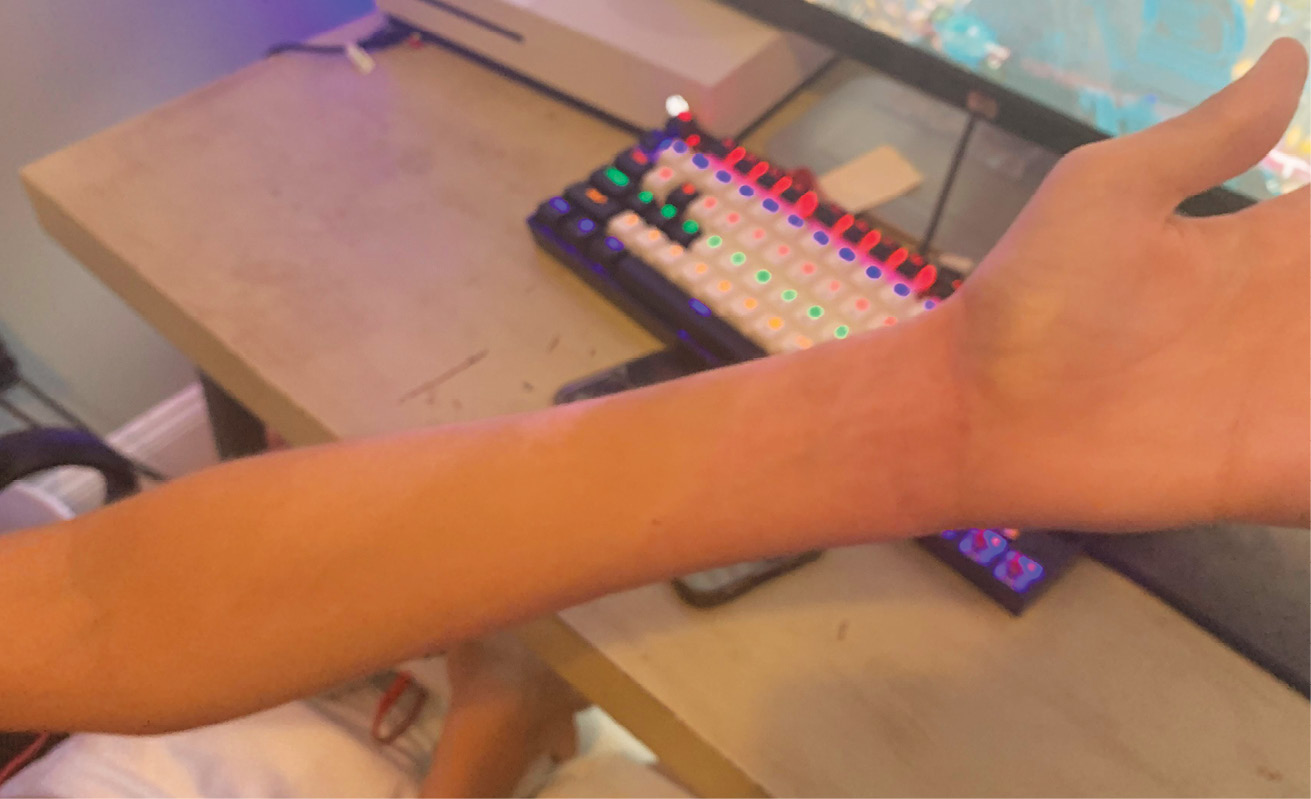 When we were finally called back, the attending physician and nurses all agreed that it wasn’t quite a circumferential burn, which is good. It was severe, but it didn’t wrap entirely around his wrist, so it wouldn’t directly affect circulation as severely. They did, however, recommend that we transfer Brady up to Grand Strand Medical Center, where a more specialized team of emergency surgeons were available–after they thankfully gave him something for the pain. The next team, after thorough assessments and explanations to us, then referred us to the Trident Medical Center Burn Unit in North Charleston. The next closest burn unit is in Augusta, Georgia.

I won’t bore you with all the details of the excruciatingly long wait that next morning in the burn unit (over five hours) and the sad state of the logistics and staffing in the medical field (and so many others) today, but I will fill you in on the amazing talent in Charleston and the science of burn surgeries we experienced.

Brady’s surgery, under anesthesia, lasted about 30 minutes and involved scraping that burnt skin from his arm and wrapping it in a silver burn dressing (the element silver works as an antibiotic to kill any infections or bacteria) and donated human cadaver skin, a temporary covering that protects the exposed burned skin as it heals naturally. A painful process, but vital, as this allows for minimal scarring. Medical science is amazing!

Two more follow-up appointments in Charleston to check in on the healing progress and to remove the cadaver skin have happened, with one more appointment to check on any scarring. But it’s healing beautifully.

What you need to know 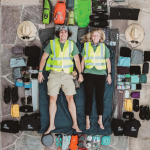 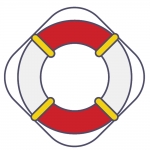 Our view on summer boat safety 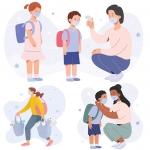 A Mother of a Pandemic