Frank’s, the beloved staple in Pawleys, has been a longtime favorite – inside and out 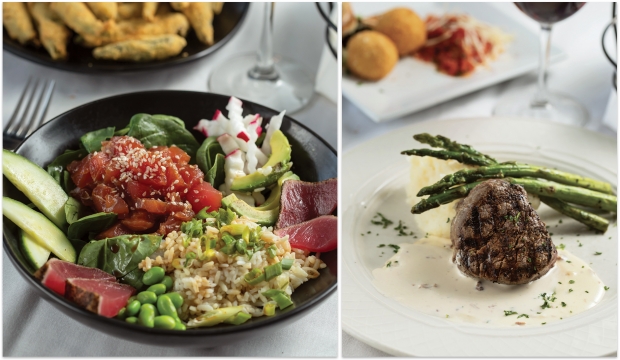 There is a special place in my heart for Frank’s Outback & Bar (and Frank’s Restaurant & Bar). But I know a lot of other locals share the same sentiment, so I’ll share the love with one and all.

It’s where I shared cocktails, small plates and kisses on one of my first dates with my husband at the rear Outback bar. And, eight years ago, it’s where he and I gathered with family and close friends for an intimate wedding reception, complete with passed hors d’oeuvres and a first dance sung by none other than Frank Sinatra over our Bluetooth speaker.

That’s why it’s always nice to revisit Frank’s for dinner for those past memories (and so much more) that this Pawleys Island landmark has to offer to this day. In 2021, the family-owned restaurant turned 34. The building, owned by Frank Marlow, was originally Marlow’s Supermarket for 40 years. After he retired, his bag boy, Salters McClary, bought it, renovated it and opened for business as Frank’s Restaurant & Bar in 1988. A few years later, McClary renovated the old house behind the restaurant, formerly Marlow’s mother’s house, and transformed that space into Frank’s Outback in 1992.

Today, the two dining areas represent the best of both worlds–and you cannot go wrong having dinner at either. The nationally renowned indoor Frank’s Restaurant is laid out like an upscale, yet comfortable, home, laden in charm. From the dark trim to the Oriental rugs thrown over the hardwood floors to the tables dressed in white linens and candles to the handcrafted mahogany bar that dates back to the 1800s, it’s a romantical setting, with a lot of eye candy in the interior design.

(Left to right) Cozy up to Frank's any time of the year; Tuna Nachos.

Outside in the Outback, it’s casual, but at the same time a sexy version of the Secret Garden after sunset, with strings of white lights draped throughout the canopy of palmettos. Pockets of tables and cozy sitting areas are scattered around Frank’s open kitchen and two outdoor bars. It is a welcoming haven year-round, regardless of the temperature, with a fire pit and infrared heaters aflame in the cool months and fans spinning in the heat.

To follow our tradition, we chose to dine outdoors on a summer’s eve, sans kiddos. After ordering a bottle of cab, we decided on a starter (out of so many good options): the House Made Jalapeño Pimento Cheese served with wonton chips for dipping. Dinner started off with a bang! Other starter close seconds were Frank’s Flash-Fried Goat Cheese Fritters with tomato fondue and croustades, Fried Deviled Eggs with bacon and jalapeño, or the Tuna Nachos, a stack of pepper-seared tuna, house-made guac and spicy mayo and crispy wontons.

For the main entrée, I went with the Grilled Six-Ounce Filet of Beef with Bacon Blue Cheese Sauce and Mashed Potatoes. I practically licked the plate clean. Hubby chose the Oven Roasted Rack of New Zealand Lamb served over red wine demi, mashed potatoes and fresh veggies. I’m not a fan of lamb, so this was a rare treat for him and won him over after the first bite.

The thing about Frank’s coastal inspired dinner menu is that it’s undoubtedly high-quality, hands down, but not too frou-frou or unapproachable. For instance, they have an entire section of wood-fired pizzas. Or if you want to upgrade, choose one of the many insanely delicious filets from their chophouse menu, chock full of steak cuts and Southern sides. And don’t pass up the magic of the mixologists at Frank’s; they’re always crafting cocktails that are revolutionary and refreshing.

I would be remiss if I also didn’t mention the service here at Frank’s. Indoors and out, servers are hospitable, but not pretentious; attentive, but not pestering. It’s no wonder locals are in love with this culinary destination and why my husband and I entrusted Frank’s with our Big Day in the past, now and forever.

The office at Frank’s Restaurant & Bar opens at noon to take reservations by phone through 5 p.m.; there are no online reservations. The full menu is available for to-go pickup from 5-7 p.m. each night. 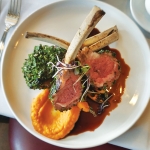 A Lot to Love 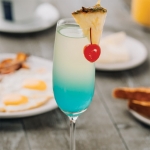 Go with the Flow

The all-new Drift, a Coastal Eatery on the north end, is making all the right moves 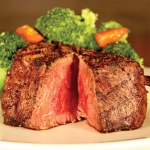 A Name We All Know