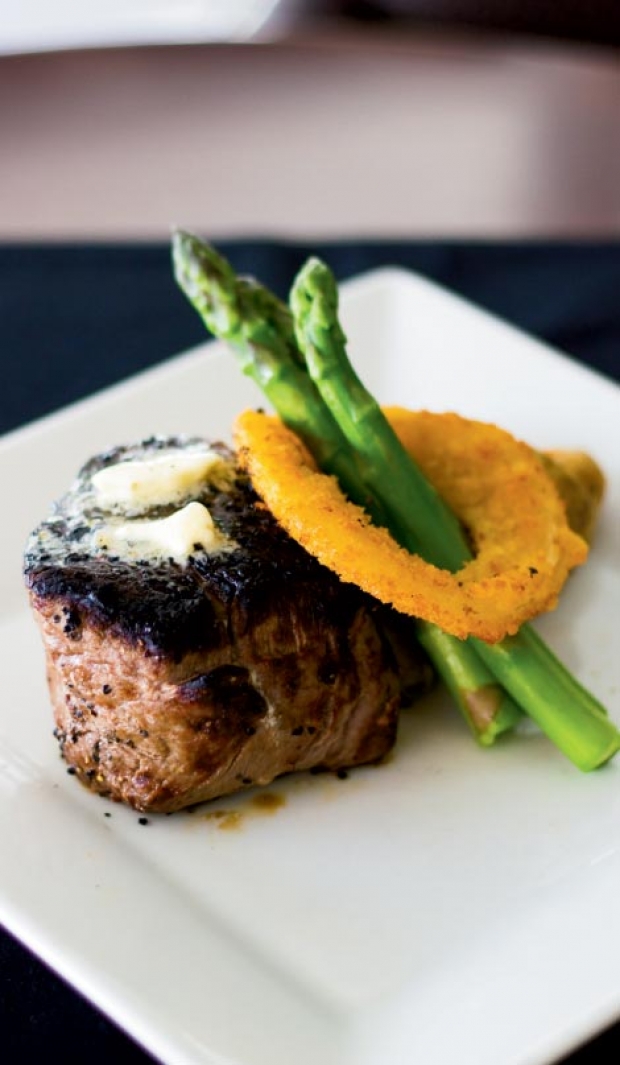 Castano’s Italian Steakhouse owner Curtis Brown wants you to feel the spirit and inspiration of a classic New York City steakhouse that might be a favorite of Frank, Dino and Sammy. In true old-school style, Brown is a hands-on owner who greets guests, flits around the restaurant and seems genuinely concerned about every aspect of the eatery he co-owns with his wife, Darleen.


Located at the back of Barefoot Landing, the highly stylized Castano’s mixes art deco with modern chic. Guests are greeted at an oversized bar/lounge area, where enormous screens play a wide variety of concert DVDs. Live music is featured and includes occasional Rat Pack impersonators, as well as more traditional lounge acts. Weather permitting, entertainment is also featured on the large lakeside patio. Inside and out, the restaurant can seat some 300 guests.


As a prime seafood, steak and pasta restaurant, it was important that the Italian theme, cuisine and concept were perfected, though Brown was willing to add sushi—something not usually offered at a steakhouse.


“We wanted to bring in the Rat-Pack feel, though you don’t use the word ‘rat’ in the restaurant business,” joked Brown, who is a people-person, something often lacking in the modern restaurant experience.