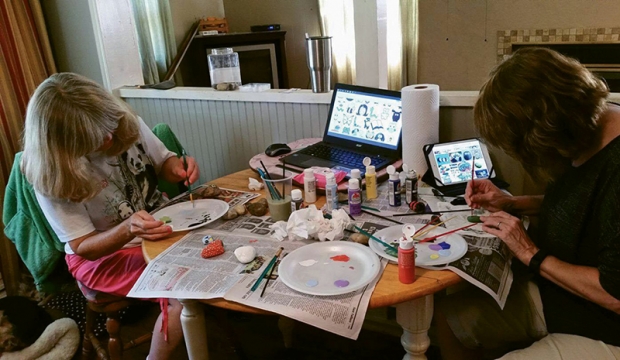 PHOTO: Rock painting parties are a great way to spend some fun, creative time together.

Home to many species of wildlife and plants, the new 237-acre Waccamaw River Park in Conway has amenities like walking and mountain bike trails, a picnic shelter, observation platforms and even disc golf. But as you’re strolling the paths and taking in nature, you may come across something unusual. And that something is a painted rock.

“There have been many groups around the country who started painting rocks. We saw a need for community, fun and outdoor exercise during summer so we brought it to Conway,” explains Alise Wilkins Bartley. Her mother-in-law, Barbara, started the local group. Barbara flooded the community with rocks even before people began to catch on to what was happening. And catch on they did. The Conway Rocks project started around July 4, and as of press time the Facebook group had ballooned to a whopping 4,500 members. A message is added to the rock with the instructions to head to the Facebook page, post a photo of your finding so the creator can see their rock’s journey and then re-hide for others to enjoy.

Waccamaw River Park isn’t the only place to hunt. Other popular spots include the Conway Riverwalk, Collins Park and the Conway Marina, as well as outdoor destinations spanning the Grand Strand like Myrtle Beach State Park, Brookgreen Gardens and the North Myrtle Beach Park and Sports Complex. They’ve been spotted at area libraries, gas stations, post offices, banks and grocery stories. Local dining establishments like Big D’s, The Freeze, Bellacino’s, Dough Boys and Eggs Up Grill have all been rocked.

Retail spots like Coastal Grand Mall, Tanger 501 and Wal-Mart have been reported as hiding grounds. Some local businesses have caught on and even used the game as a free advertising opportunity by hiding their own rocks and offering discounts to the finder who brings them back into the store.

Many findings have occurred at area medical facilities like Coastal Cancer Center, Conway Medical Center and Grand Strand Hospital. There has also been a group of locals painting rocks specifically to take to NICU parents and babies at McLeod. “Anything to help brighten someone’s day,” says Alise.

Conway Rocks have been discovered making their way around not only the Myrtle Beach area but also a great portion of the East Coast. In the Carolinas alone they’ve been found in Saint Matthews, Charleston, Lancaster, Marion, Asheville, Sliding Rock and Cherokee. Reports from other states include West Virginia, Pennsylvania, Ohio and Alabama. Part of the fun is seeing just where the rocks you make may travel. “It has shown my children just how connected we all are and how by doing one small little thing for someone can change their outlook for the day,” says Alise.

Hunting and re-hiding the rocks is open to all, but painting them yourself is half the fun. You can find your own smooth rocks in the wild, but they can also be purchased at places like Home Depot and Michael’s, as well as local landscaping retailers like The Mulch Bucket. Many people have even been hosting “painting parties,” a chance for all ages to come together and create for the cause. Whether you choose an inspirational phrase, a single word or a funny picture, you can be confident it will make someone smile. Rock painting pros recommend using a sealant to protect your works of art from outdoor elements.

In a world where children are often glued to electronic devices, it’s refreshing to see them getting creative, getting outside and getting excited by such a simple yet unique concept, especially one that is free and impactful. So grab your paintbrushes, put down the iPhones, and happy hunting! 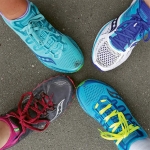 Making a Run For It

Local groups welcome all levels for exercise and fun 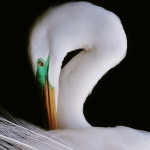 Images of the Grand Strand