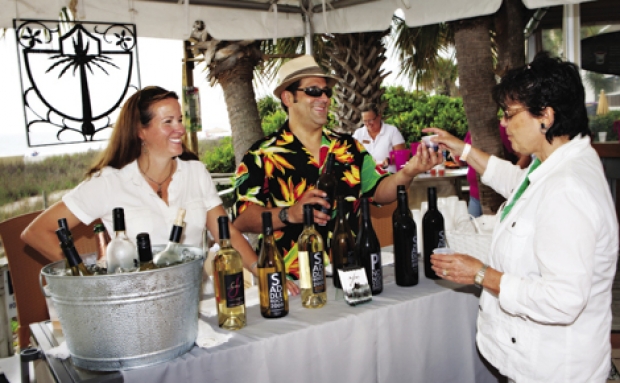 The ever-popular tasting trolleys may be gone, but organizers of the third annual Coastal Uncorked Food, Wine & Spirits Festival are planning a bigger and better event this year that will be headquartered on the grounds of the old Myrtle Beach Pavilion, between Eighth and Ninth Avenues North in Myrtle Beach.

The Oceanfront Grand Tasting Pavilion will take the place of the trolleys, with two massive tents that will feature wine tastings in three different sessions on Friday, April 27, and Saturday, April 28. The Chef’s Challenge and Tasting Finale will also be held at the Pavilion site on Sunday, April 29.

Returning this year are the $20.12 price-fixed restaurant dinners, and various beer and wine dinners. For more information on Coastal Uncorked, see the official program inside this issue of Grand Strand Magazine.