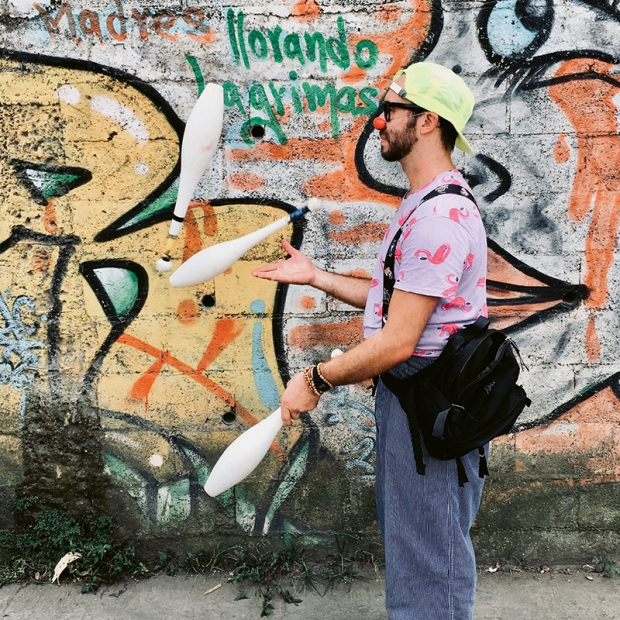 Ben Sota brings his art of clowning to health care environments in a worldwide outreach program.

“Death is not the enemy, sir; indifference is. You treat a disease, you win, you lose. You treat a person, I guarantee you, you’ll win, no matter what the outcome.”

This sage advice from Patch Adams has been taken to heart by one faculty member in Coastal Carolina University’s Department of Theatre, who has used the concept as a springboard to launch a global and local clowning outreach initiative.

Ben Sota, assistant professor of physical theater, movement and circus arts at CCU, has traveled to countries including Guatemala, Russia, Italy and Costa Rica to practice the art of clowning as therapy and healing among the most vulnerable populations in the world. Last summer, he and Milla Blackwelder, CCU sophomore in the BA in Physical Theatre program, attended the 10th annual Clowning and Caring in Costa Rica and 3rd LaCarpio Festival. The touring collective, organized by Patch Adams’ Geshundheit! Institute, is a weeklong compassionate care through theater initiative focusing on how the art of theater—specifically clowning–has a positive impact on health care settings.

“The sight of a clown has a way of disarming people,” said Sota. “These people are abandoned, neglected by society. They don’t have anyone to care for them, and they are living in the most deplorable conditions. They are the cohort of society that has been forgotten; they come to think nobody cares. And then the clown shows up.”

Sota, along with CCU student Milla Blackwelder, joined dozens of clowns from around the world at a Clowning and Caring in Costa Rica festival, sponsored by the legendary activist clown Patch Adams, in August 2018.

Blackwelder, who had never traveled outside the United States before, said the experience had a transformative effect on the way she understands people and needs.

“It has really shifted my perspective,” said Blackwelder. “For me, it was easy in my life to think, ‘Oh yeah, people are struggling, I know I shouldn’t complain,’ but I think it took really going and actually confronting that and helping them with love and care to make me understand in a larger way. It really informed me of how truly surface level a majority of our problems are.”

Sota and Blackwelder arrived in Costa Rica to join a group of 35 clowns from around the world interested in spreading joy and compassion. They brought their act—full of juggling, twirling, stilt walking, banjo strumming and joke playing—to people in serious need of a lift throughout the community of LaCarpio, an area outside San Jose. Simultaneously, the clowns gained a searing sense of living conditions lacking energy and hope.

The School for Designing a Society (SDaS), the educational wing of Adams’ Geshundheit! Institute, developed the Clowning and Caring program in 2008 as a way to spread Adams’ vision for an alternative society where health care is free, compassionate and holistic.

“What Patch does is kind of revolutionary in a way,” said Sota. “He’s not theoretical; he’s like, ‘Let’s help people, let’s do it, here’s how you do it. Let’s have the courage to really imagine a different system—one that takes care of each other.’ Not that what we have is horrible, but we can imagine it better, and clowning is such a great way to do it. There’s an overarching theme of empowerment to Patch’s approach, imagining a system that takes care of everyone.”

Sota has recently developed a local branch of his clowning initiative through a partnership with Grand Strand Medical Center in its pediatric emergency wing. Sota and select CCU students bring the circus to the hospital by visiting in full clown regalia to bring a little levity to an otherwise somber atmosphere.

“We’re there for emotional support for people who want it,” said Sota. It’s about being present, being kind and being mindful. These parents would give the world to help their child feel better for a moment. Then, all of a sudden, someone is doing it.”

Sota expects to expand both the global and the local branches of his initiative in the near future. He plans to bring a group of students back to Costa Rica in Summer 2019 and bring his hospital work to MUSC in future months.

With the universally recognized red nose and floppy shoes, Sota’s on a mission to bring a dose of healing through empathy to health care settings around the world.

Sota and Blackwelder will offer a free public presentation of their experience in Costa Rica, along with a clown demonstration, at 6 p.m. on Wednesday, February 20, and Thursday, February 21, at the Rebecca Randall Bryan Art Gallery in the Edwards Building on the campus of CCU. For more information, visit coastal.edu/culturalarts or contact Sara Sobota at (843) 349-2507. 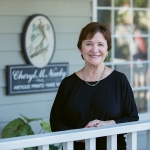 At 35 years and counting, the Cheryl Newby Gallery takes the long view on people, art and taste