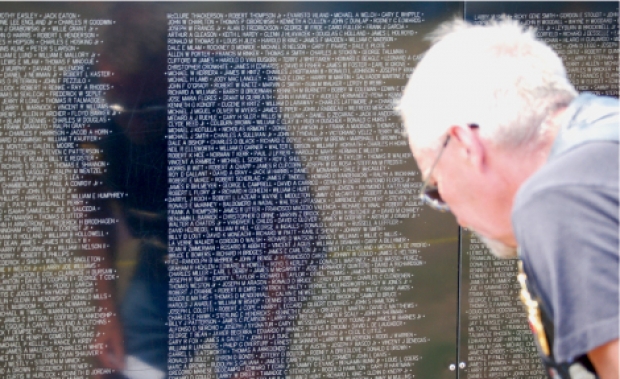 The month of May is dedicated to the military and the men and women who serve. The city of Myrtle Beach is sponsoring a host of events and offering military personnel and their families discounts to restaurants and other venues.

Highlights include a traveling display of the Vietnam Memorial Wall that will be set up near Crabtree Memorial Gymnasium from May 14–18, and the Memorial Day Parade on Saturday, May 24, on Ocean Boulevard.
The parade is an all-day event, starting at 10:30 a.m. The grand marshal of the parade is former talk show host Montel Williams. Though he is known primarily as a television personality, Williams has an extensive military background, serving in the U.S. military for 15 years. Williams was enlisted in the Marines and attended the U.S. Naval Academy.

After the parade, stick around for the Family Picnic lunch provided by the Omar Chefs Shriners and enjoy activities including military exhibits and live music by the Andrew Thielen Big Band.

Military Appreciation Days
Ongoing from May 1–31
The Memorial Day Parade is Saturday, May 24, at 10:30 a.m. on Ocean Boulevard from 27th Avenue North to Ninth Avenue North.
For more information, visit militaryappreciationdays.com or call (843) 918-1014.

Photograph courtesy of the City of Myrtle Beach