Boredom and the Beach

How my sons and I have hit the ground running 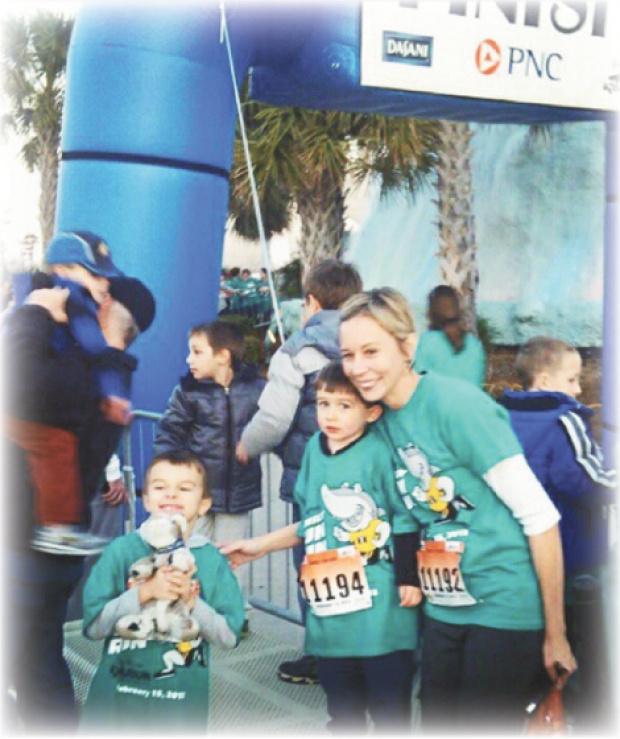 Boredom is like a barracuda that feeds off tenuous wisps of imagination. Seems it’s easier for children to fall prey to this boredom barracuda nowadays, despite running wireless off uber megabits per second.

And, yes, this happens despite a Myrtle Beach backdrop—a natural playground of sun, sand and sea—and a whirring carousel of lights-camera-action activity.

It’s precarious, that place between a twinkle in my sons’ eyes to when they drop into the boredom dead zone like drones.

And I’m a single mom of two who really packs some effort into our weekend itinerary! (Weeknights after work, however, Mommy’s in the dead zone.)

On sunny days, we pack a lunch (and toys and towels and chairs and boogie boards) and hit the beach. Or we’ll wander across the courtyard to the outdoor pool in our condo complex. Or I will have done my research on upcoming festivals, state park events, cook-offs, bog-offs or what-nots and make a morning or afternoon of that. Or we’ll load up the bikes and play in the park at The Market Common.

On rainy days, it’s time to take cover in any of the arcades (vintage along Ocean Boulevard; nouveau in the Fun Warehouse), bowling alleys, libraries or the aquarium or MagiQuest at Broadway at the Beach when Mommy has some extra change to activate those wands (or feed those sharks).

I mean, I remember when I was growing up in southeastern Pennsylvania—Amish Country, to those of you who can connect to that regional reference—and boredom wasn’t an option. I’d plant myself on the porch with a good book, ride my rusty bike in the neighborhood, skip through a sprinkler in the backyard or fly off my plastic swing (which led to a broken elbow on my seventh summer). Life was simple, sans itinerary, but full. And if it was “boring,” that was my own fault.

After he said it, he immediately winced.

We had just returned from the water park and he wanted to see a movie that night, to which I promptly answered with, “Um, no.”

That’s when I sent him running. No, not like that (not this time, anyway).

I started signing him up for 1-mile Fun Runs in the area—and there are a slew of them—to eat up his energy faster than a barracuda. We’ve run as a trio (with my 3-year-old) in Ripley’s Fun Run (part of the Myrtle Beach Marathon) in February; as a duo trudging/running half the course on the sand and half the time on the Myrtle Beach Boardwalk for the SEAS Beach & Boardwalk Fun Run in April; as a duo alongside Chauncey and Sharkey through the streets of Broadway on Cinco de Mayo; and I sent him solo on a Fun Run/obstacle course on the sands in front of the SkyWheel during the Salt Games in July.

The most satisfying thing for me at the finish line of all these runs is he’s out of breath, yes, but wearing the biggest smile of accomplishment. I’ve seen him smile after scoring a goal in soccer, making a basket, sliding into home … but the run is finished with his own two feet, sometimes with his hand in mine—and lots of heart.

And an added benefit for Mommy? It’s resuscitated my workout. I’m not a runner, but in Myrtle Beach, you’re surrounded by a schedule of so many runs and races that it’s hard not to sign up and lace up your sneaks. Because the finish line is such a rush.

My 6-year-old and I now “train” with a walk/run around the neighborhood off and on. I’m planning on signing him up (he doesn’t know it yet) for Til the Cows Come Home 300-yard Tot Trot in Pawleys Island Nov. 9 and the Turkey Trot on Thanksgiving Day, for starters. … The new year may bring more.

And there’s a whole sub-culture of runners and wannabes like me pinning on running bibs via www.grandstrandrunner.com. Check out their year-round schedule for events that even extend out of the area.

It’s hard to get out an “I’m bored” when you’re jogging at a good pace. I haven’t heard that in a long time.