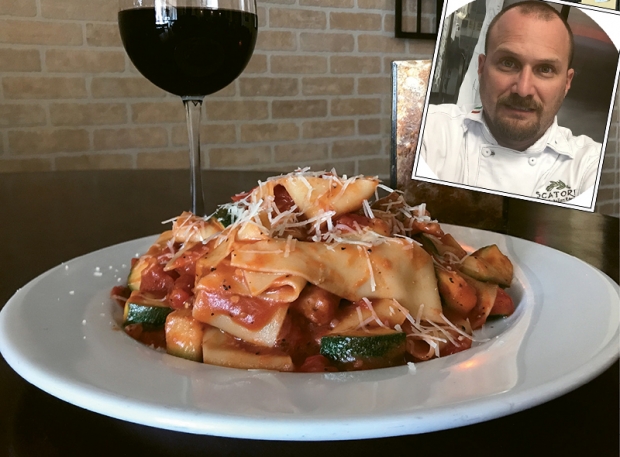 We spoke to Scatori’s executive chef Kevin Levine on a rare break from the kitchen. He took a few minutes to share his enthusiasm and love for food and cooking. A Johnson & Wales culinary school graduate, Levine trained under and worked for celebrity chef Emeril Lagasse for 15 years. One of the two midday meals Levine had just finished plating was a homemade pineapple teriyaki glazed chargrilled salmon over vegetable rice pilaf with sautéed sugar peas. The other dish: a chargrilled baseball cut sirloin with mushroom risotto and red wine demi glace with fried onions. Scatori’s is family owned and operated and Levine works six days a week. “I take Mondays off,” he laughed. “I love, love food. I’ve been cooking since I was nine, and I feel like I was put on this planet to make people happy through the food I prepare.” Open daily 11 a.m. to 9 p.m. 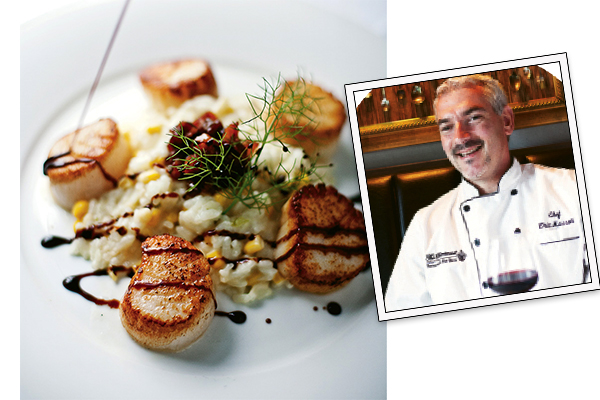 Direct to Little River from Paris (after a brief stop in Saratoga Springs, New York,) award-winning owner/chef Eric Masson is passionate about cooking, about French cuisine and about melding the flavors of the Lowcountry with classic French dishes. “We’re celebrating our 10th year here,” said Masson from his busy kitchen. The Brentwood is situated in a 107-year-old Victorian mansion with five separate dining areas. “It’s perfect for us because it lets us host our Wine Club without interfering with other diners,” said Masson, a classically trained French chef. “I love combining fresh, local ingredients with iconic, traditional French dishes,” he said. “I call it Lowcountry French Cuisine.” Masson won the Coastal Uncorked Chef Competition two years running (2011 and 2012) and serves his winning creation from that event, Southern Bouillabaisse, which includes local littleneck clams, jumbo shrimp, fresh local fish, braised fennel, fingerling potatoes and roasted garlic simmered in a saffron lobster broth. Open 4–9 p.m. Tuesday through Saturday. 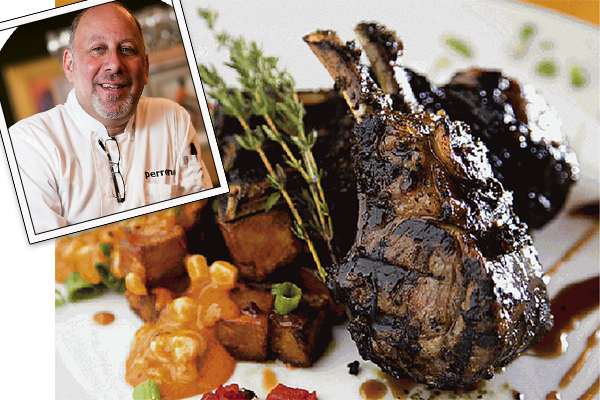 Owner/chef Steve Perrone doesn’t worry about accolades, but his Litchfield/Pawleys Island restaurant has plenty. A TripAdvisor Certificate of Excellence honoree for five years running, Perrone says describing his style is easy: “World cuisine with a Mediterranean focus.” Perrone, who’s lived in the area for 35 years, is a happily transplanted New Yorker. He owned and operated a high-end wine and gourmet food-to-go shop in Pawleys Island for several years before opening Perrone’s, which focuses on craft cocktails, tapas and a full dinner menu as well. “Our tapas plates reflect cuisine from all over the world,” says Perrone. “We also have a full dinner menu, high-end ingredients, lots of organics, locally sourced as much as we can.” Opens at 11:30 a.m. Tuesday through Saturday. 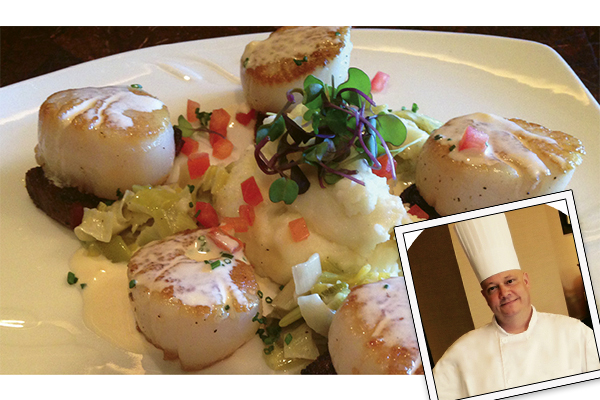 In place as head chef for almost two years at WaterScapes at Marina Inn in Myrtle Beach, Corbett Rourk is never too far removed from his hometown of Charleston. Moving to Myrtle Beach with his wife and two children after serving as Banquet Chef de Cuisine at the 240-year-old Greenbrier Resort in West Virginia, Rourk did what all smart new chefs do: leave the popular menu items in place but also add their own favorites and style. “I had to make the menu my own,” said Rourk. “I wanted to keep it elegant, with a Southern style. I like to use locally sourced product from the seafood to the produce.” Rourk’s favorite menu item? “The Shrimp & Grits. I use Geechie Boy Grits from Charleston, local shrimp, and I like to use a little Tasso Ham, which makes it just a little spicy, along with plenty of butter and wine.” WaterScapes at Marina Inn is open daily from 6:30–11 a.m. for breakfast, 11 a.m. to 2 p.m. for lunch and 5:30–9 p.m. for dinner. 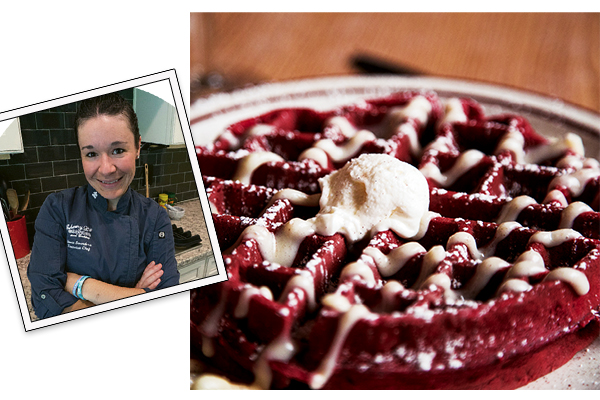 After a move nearly four years ago with her family from upstate New York, Johnnie D’s chef/co-owner Jamie Saunders continued her mission to create new and delicious flavor and texture combinations at a then brand new breakfast and lunch restaurant—Johnny D’s. Saunders consistently makes new converts and delights regulars with a menu that changes twice a year and a specials board that changes daily. She juggles family duties while also working at Johnny D’s five days a week, but her passion for food keeps her fulfilled and curious. “I’m always on the lookout to see what the trends are and what other chefs are doing,” she said “but ultimately I have to do my own thing. I’m a texture freak. I want a sweet component, a crunch component, a creamy component. I hate to bite into a hamburger and only get that one note, where everything is the same.” Open daily 6:30 a.m. to 2 p.m.