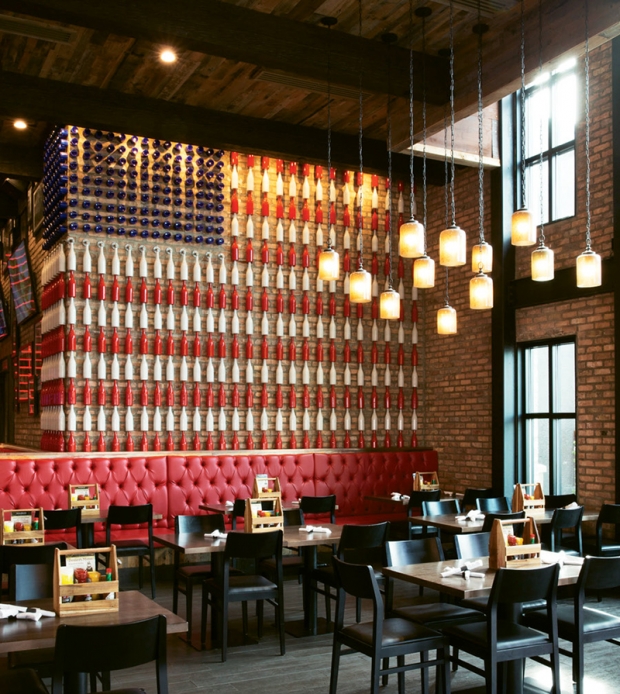 Described as a “new American Gastropub,” American Tap House says it is uniting the “art of fine food and beer.” More than 40 drafts in every imaginable flavor and style are served at their impressively large hardwood bar. Stylized and decorative, the expansive dining room provides a comfortable and open area even during the high volume of summer and weekend visitors, while the bar, booths and high-top tables allow for more intimate gatherings. One of the newer faces at Broadway at the Beach, American Tap House is in their first year of operation and has been winning over locals with a creative food menu to complement their equally creative beverage selection. A mix of regional comfort food and international flavors are featured on their chef-driven menu. American Tap House is open daily from 11 a.m. to 2 a.m. (food served until midnight). 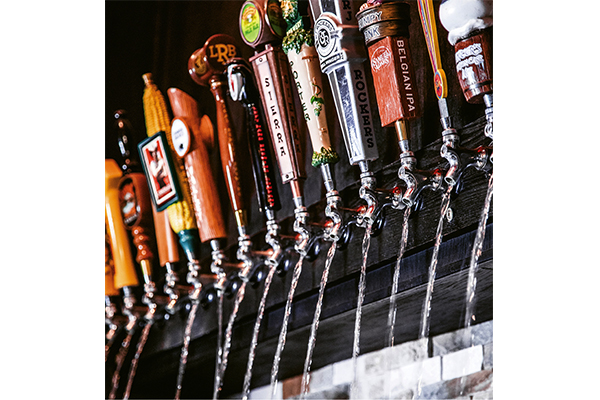 It’s hard to find any grumpy faces at the first of what the owners hope will one day be a chain of Grumpy Monk gastropubs around the Southeast. The atmosphere is casual and fun with a crowd ranging from college students and local residents who enjoy happy hour deals, inventive menu creations (including sushi) and a huge selection of craft beers. With new beers added just about every week, guests can choose from an assortment of IPAs and ales as well as Belgian and sour style beers. The bar is separated from the large dining room by a water feature and the beer tap waterfall at the entrance makes for a spectacular welcome. An outside deck stays packed when the weather cooperates. Happy hour runs daily from 4–7 p.m. with discounts on food and drink. The Grumpy Monk is open daily at 11 a.m. and serves food until 10 p.m. on weekdays and 11 p.m. on the weekends. 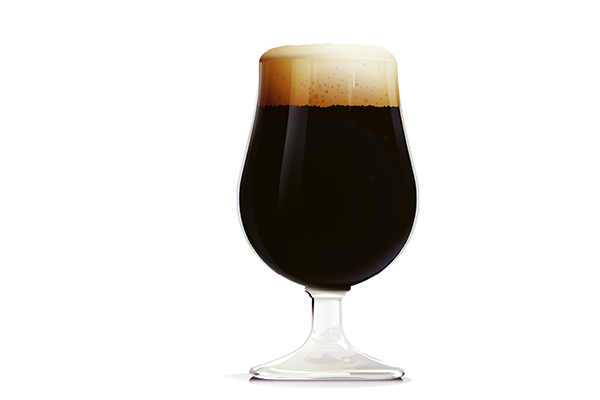 For 10 years Quigley’s Pint and Plate (named for co-owner and brewmaster Josh Quigley) has been a locals’ favorite in the Litchfield/Pawleys Island area serving excellent food and making its own signature brews. The only brewpub on the south end of the Strand, Quigley’s keeps eight house-brewed taps on at all times. You can even take Quigley’s home with you in half-gallon growlers “to go.” Popular brews include the Longboard Lager, Shakedown Wheat and Swamp Fox IPA. Quigley’s menu reflects a combination of Lowcountry comfort food with an upscale twist, and with all the food and brew comes happy hour (4–7 p.m.), live music, karaoke and Team Trivia all set within an English-style pub on a small, picturesque lake tucked away in the Mingo Shopping Center. Open daily from 11 a.m. to 11 p.m. 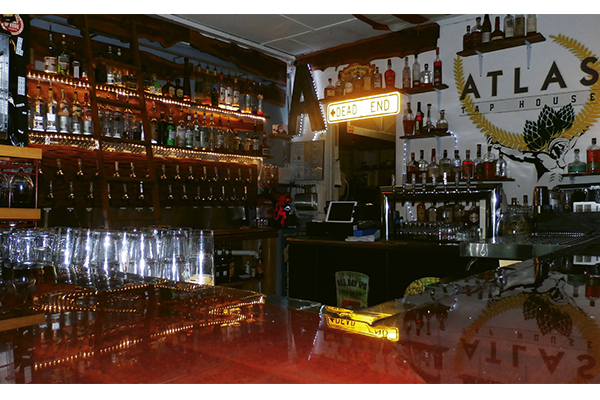 This Chester Street classic downtown beach home, just one block from the ocean, was reimagined in 2014 as Atlas Tap House, specializing in craft beer, bourbon and barbecue. The crew at Atlas is knowledgeable and happy to pour you a familiar favorite or recommend something new from their always-rotating selection of 24 taps and some 80-plus craft bottles and cans. The interior is comfortable and quirky, and is unmistakably an old home with a number of separate rooms. An expansive outdoor seating area allows guests to enjoy the sunshine or the nighttime spectacle of the SkyWheel while playing cornhole or Jenga. The jukebox plays an eclectic mix of rock (old and new), TVs carry most big games and live music is a regular feature on Fridays and Saturdays. Open 4 p.m. to 2 a.m. Monday through Friday and noon to 2 a.m. Saturday and Sunday. 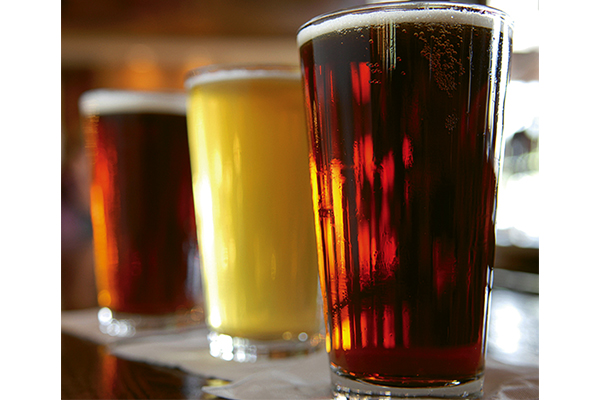 The original Myrtle Beach brewpub, Liberty Brewery & Grill has been serving their handcrafted ales and lagers to locals and visitors for more than two decades. Upon entering you’ll be face to face with the spotless, gleaming brewing tanks and associated plumbing. You might catch the brewmaster stirring in bags of malt, barley or secret flavorings, all to be transformed into award-winning small-batch brews. Mainstays including Liberty Lager and Broadway Brown share taps with new and limited release seasonal brews such as the hugely popular Oktoberfest and Santa’s Little Helper (spiced winter ale released during the holiday season). Excellent food made with the same attention as shown the brew, along with an excellent happy hour, has made Liberty popular with locals and visitors alike. Open daily at 11 a.m.