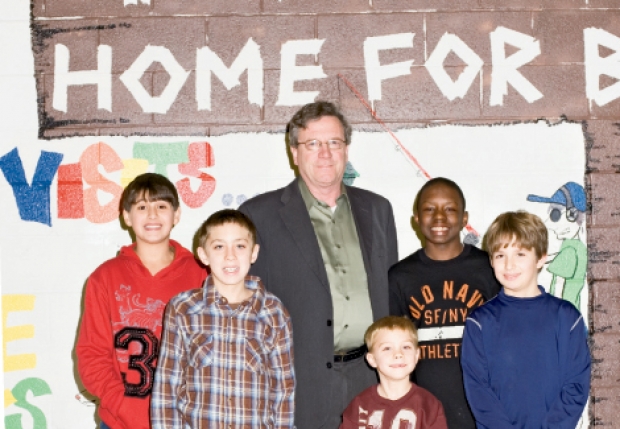 Just before our August deadline we received a call from Ted Quantz, a board member at Tara Hall, a home for neglected and abused boys in Georgetown County. We had profiled Tara Hall Director Jim Dumm and the work and challenges of this 25-bed live-in campus and school in the February-March 2011 issue of Grand Strand Magazine (“A Father to 200 Boys,” page 42). It seems the article inspired a sizeable grassroots effort and more than just a bit of philanthropy.

Tara Hall, a state licensed facility and non-profit organization, has survived lean times in its 40-year service to nearly 600 boys, but none any less challenging than in the past few years.

A copy of that issue of Grand Strand sat in a Pawleys Island beauty parlor and with one reader, this one magazine set a chain of events into motion that will change Tara Hall forever.

“We’re calling it an ‘Extreme Makeover,’” said Quantz, who in his relative short time on the board is helping to oversee one of the largest projects since 1970 when Tara Hall’s first major benefactor, Boston Red Sox former owner Tom Yawkey, funded a massive capitol investment for the facility. Forty years later the two-story dormitory, named for Yawkey, was in need of a major overhaul, and thanks to one woman’s hair appointment and the generous hearts of her family, and a handful of friends and associates, the work is set to begin.

“On June 20th [the board] met and discussed the most pressing need,” said Quantz, “and Jim told us we needed new beds. Two days later this individual picked up Grand Strand Magazine in the beauty parlor and came across the article. That afternoon she and her husband visited Tara Hall. They met with Jim, and two weeks later the new beds were delivered.” But that was just the start.

The couple met with Dumm again for a more thorough visit and pressed the director for his wildest dreams. “The gentleman said ‘Jim, you’re being too conservative,’ recalled Quantz, ‘every now and then you need to get out of the way and let God do His work.’” That led Dumm to open up about even more substantial needs, which led to firm commitments for new windows and floors, updated electrical work, new furniture, a new recreation room, remodeling the bathrooms, new TVs, and more. “It’s just incredible,” said Quantz. “We believe the total value to be around $300,000. This is a big deal.”

These benefactors, who wish to remain anonymous, have rallied the troops on the South Strand. Friends and area businesses are all combining their resources and efforts to complete the work. “[This project] is Manna from heaven,” said Dumm. “It would have taken us many, many years to do this on our own.”

While the makeover of the dormitory building was an unexpected shot in the arm for Tara Hall, the day-to-day work of counseling, housing and teaching these boys who are in so much need, continues. Learn more about Tara Hall by visiting www.tarahall.org or call (843) 546-3000.