A Light in the Dark 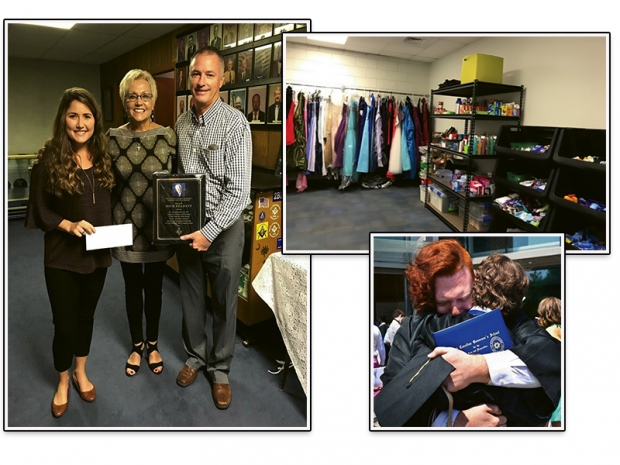 “Yes, I was shocked,” said Hembree, “and sad as I thought about Christmas coming and what that meant for them.”

With complete and enthusiastic cooperation from NMB High School principal Trevor Strawderman, Hembree organized volunteers and businesspeople in the North Myrtle Beach and Little River areas to address a very distressing reality. At any given time there may be some 15 to 25 homeless teens at NMB High School, as classified under federal guidelines, and many more living in serious poverty.

“These kids may be living in cars or temporary motel rooms or couch surfing. They’re embarrassed by their poverty,” said Hembree, “and are very good at hiding it from other students and teachers.”

But as stoic and self-sufficient as some of the teens were, Hembree realized that they faced a bleak Christmas. In that first year the kids were quietly and respectfully helped by getting new clothes, shoes and some of the things most teenagers take for granted. This was the beginning of Teen Angel, which has now grown to reach out to NMB Middle School students in need as well.

An all-volunteer organization for its first nine years, Teen Angel was recognized in 2016 by the SC Secretary of State when it was named an “Angel” on the secretary’s annual “Scrooges and Angels” list. With the growth of the organization as it identifies even more kids in need, Teen Angel is transitioning into adding paid staff and finding funding to cover its operating expenses.

“We’re helping kids in greatest need get school supplies, book bags, non-perishable foods, athletic gear and everyday clothing,” said Hembree. Typically too old for foster care and too young to really be on their own, these kids are in a tough predicament. “Even something as simple as a yearbook costs around $85, which is money they don’t have, and even though it’s a small thing, think about what a yearbook means to a kid.”

A purpose-built Teen Angel closet at NMB High School acts as an emergency bank for clothing and supplies offered to students in need—winter jackets, socks and underwear, deodorant, toothbrushes—things that are real luxuries for the impoverished and homeless.

“We are so grateful to receive donations of school supplies and living essentials, but we need monetary support as well,” said Hembree. “We want to help students recognize their value, succeed in school, and offer them a chance at future success.” 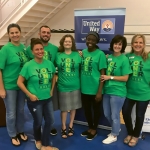 Ribbons, silicone bracelets and other personal adornments remind us that there is suffering in the world, but more importantly that there are people who dedicate their lives to ease that suffering.
GENERAL TAGS:
Myrtle Beach mayor / myrtle beach / living / SC / christmas / surfing