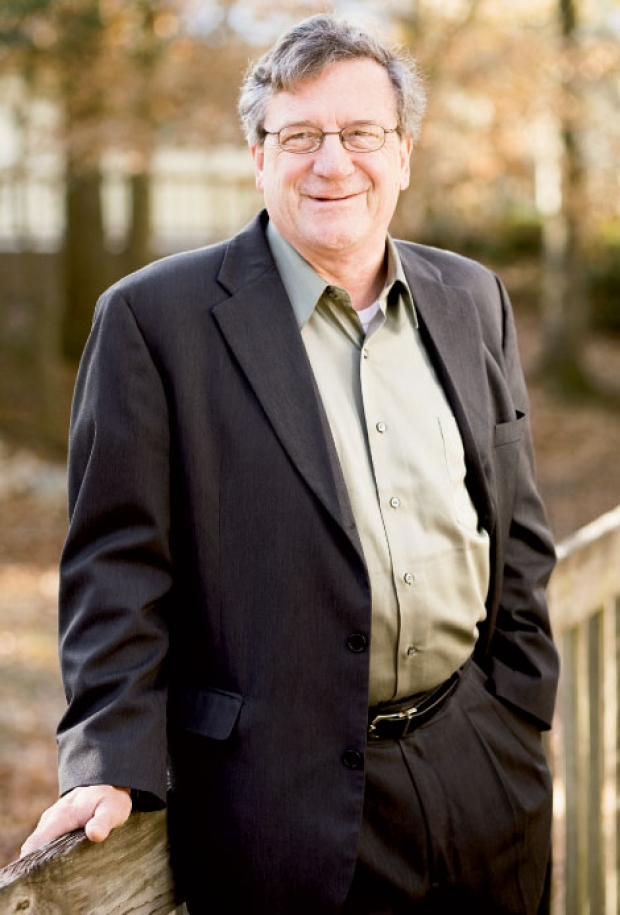 Jim Dumm has a quick smile and an easy, quiet sense of humor. It’s served him well his entire life—you can’t be the Dumm kid and not develop a thick skin. “I knew early on I’d have to have to laugh at it or learn to fight, and I can’t fight,” said Dumm, Executive Director of Tara Hall home for boys, located in rural Georgetown County.

Dumm recently received the Order of the Silver Crescent, an honor bestowed periodically by the Governor of South Carolina in recognition of a life spent in service to others. Now in his 40th year working at the home, and as the home’s long-time executive director, the award is a nice reminder of the service he’s given to the nearly 600 boys he’s seen come and go since 1970. But awards are of limited importance, and celebrations for the staff and volunteers are fleeting in this place–there’s much to be done.

Tara Hall’s 11-acre campus is hard to find. It sits along the banks of the Black Mingo Creek in a remote corner of Georgetown County, halfway between Conway and Georgetown. Situated on the end of its own dirt road, Tara Hall’s campus consists of a school with a full-size gymnasium, a small chapel, a large dining hall, and the sleeping quarters for boys who needed a stable place to live, learn and grow. In the past Tara Hall has housed up to 35 boys, squeezing them in wherever they could find room. Currently 16 are in residence, with room for 24 total. The current residents range in age from six to fifteen, but once a boy moves in, he may stay as long as necessary up until he’s 18, and sometimes a bit longer; exceptions have been made.

“We like to get them young,” said Dumm. “Our youngest right now is six, but six to twelve is where we like to get them. Once they’re here they can stay until they’re 18. Not too long ago we had a kid stay through high school graduation. Over the years we’ve had several finish high school. One kid lived here from the time he was five years old until he graduated from Coastal Carolina University. We helped him get a little car, but he paid most of his way. He got a job at Wal-Mart when he was in high school, and now he’s married and has two beautiful kids of his own. He spoke at our 40th anniversary last September.”

Dumm always has a story to tell about this boy or that one, and he is revered by many of his former “kids,” as he’s quick to call them. Dumm met his wife at Tara Hall and he’s been married 25 years. The couple, who live in Georgetown, have two grown children. Dumm has been at Tara Hall since its founding in 1969. “I guess I’ve been here from the very beginning,” he said. “I had joined VISTA, [a volunteer organization], when I graduated from Penn State and I was assigned to the Andrews area working with youth groups and rural buying cooperatives. I parked cars at the first open house in 1970, and I thought I’d be here about a year–and that was 40 years ago.”

Dumm worked closely with Tara Hall’s founder, Father Owen O’Sullivan, who began with one homeless boy in 1969. O’Sullivan, an Irish immigrant, and priest at St. Cyprian’s Church in Georgetown, named Tara Hall for the Hill of Tara, a region of his native Ireland. Never affiliated officially with the Catholic Church, or any denomination, Tara Hall began as a labor of love with one boy in need, and with time and help from many benefactors grew into the state licensed, 501(c) (3) non-profit facility it is today. The home has always relied on private donations and has seen its share of lean times; one of the toughest came in the early days of the facility.

“We were ready to close up shop,” remembered Dumm. “We had 24 kids and $300 bucks in the bank. Father [O’Sullivan] was making calls to try to place the kids somewhere else.” Salvation came from an unlikely source–The Boston Red Sox. The ball club’s owner, Tom Yawkey, and his wife, Jean Yawkey, lived part time in Georgetown, heard of the trouble, and fell in love with the boys, and with the concept of a school and residence for boys from troubled homes.

Over time Father O’Sullivan’s failing health required new leadership, and Dumm was there to take the reigns. A staff of 10 full-time and four part-time teachers, cooks, administrators and childcare workers tend to the needs of the boys, offering one-on-one tutoring and counseling, and small classroom instruction. “Jimmy Mitchell, who I love to brag on, is the best residential childcare worker I know,” said Dumm, “and he and his brother grew up here at Tara Hall.”

The treed campus offers fresh air and natural surroundings away from urban distractions and the temptations of city life. In the summer the boys enjoy the Black Mingo Creek, which borders one side of the campus, and Dumm is right there with them. “We swim and fish and have a great time,” he said. Occasionally gifts are given which have allowed the staff to take the boys on trips to Disney World, and other field trip events that become lifelong memories for those fortunate enough to be there when the funding was.

“We have 16 kids today–we’re licensed for up to 24,” said Dumm, who can’t quite understand why the facility is not at capacity because he knows the need is great. “The state of South Carolina doesn’t refer many kids to group living any more, but the pendulum is always swinging. These kids are coming from extremely difficult and dysfunctional situations–single mom families without supervision. ... We’ve seen so many times over the years that women will have multiple children with multiple men, and choose the men over the kids. And the fathers … of the 600 kids we’ve had over the past 40 years there were maybe 50 who had good, solid fathers and role models in the picture.”

The story of Jim Dumm is the story of Tara Hall, his life’s work. He was touched by the recent honor he received, which came after months of secret, behind-the-scenes work from his staff and the board of directors. The award has generated some much-appreciated press for Dumm and the boys of Tara Hall. The ongoing needs are great and the organization, already running on a shoestring, has reduced its operating costs by nearly 20-percent to remain open. Cash is king and is the greatest gift one can offer the home, according to Dumm. It pays teachers’ salaries and other fixed expenses, but donations of food, pens, pencils, almost anything are also sought. “Anything that a family needs in their home–we need here,” he said. “Christmas took care of a whole lot, like bicycle helmets, clothing, so we’re in pretty good shape there, but foodstuffs are always in need. We had a [benefactor] who owns a furniture store, and he came out to visit making mental notes while he was here, and he sent a truckload of new furniture–tables and desks for the school and the dining hall.”

The school is not unlike other small schools you might see anywhere—a couple of administrative offices, classrooms, and at the end of a long hallway, a full-size gymnasium. Each of the boys currently in residence has a mini-bio posted on the wall in the hallway, and their individual personalities shine through. One 12-year old named Kelsey says his favorite activity is to go swimming, his favorite food is shrimp, and his favorite movie is “Iron Man 2.” He goes on to say that “Tara Hall is a place for boys to be boys, the right way.”

Two huge photo montages grace either side of the same hallway showing pictures of many of the 600 boys who’ve lived at Tara Hall. Dumm points to them randomly, telling anecdotes about some of the kids whose residency dates back to the early 1970s. He loves the success stories, but mixed in are tragedies as well. “This kid died of AIDS,” he said pointing to a photo of a smiling youth of 10 or 12, “and this one passed away, too,” he said pointing to another. “We can’t save all of ‘em, but we give ‘em opportunities to be kids.”